U officials involved in another gun battle 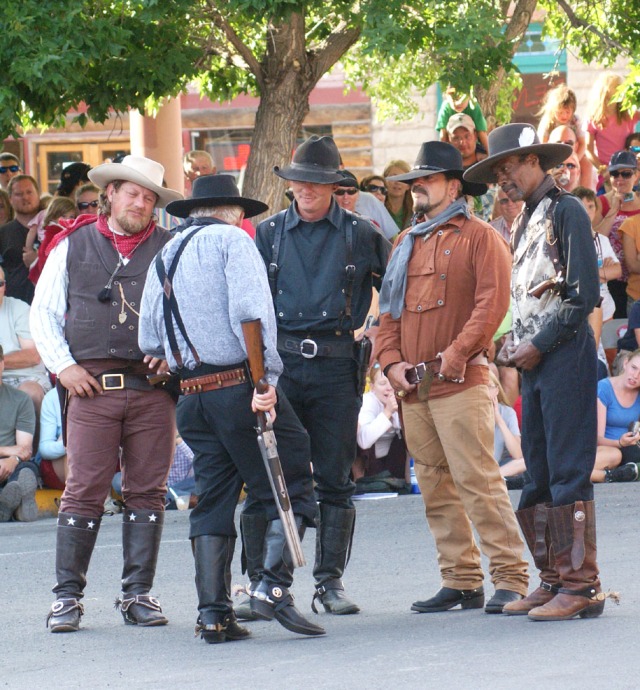 The University of Utah is under fire for suspending two police officers who released internal protocols for handling people seen openly carrying guns on campus. The problem is that the two didn’t do anything wrong and it was university officials who should be punished for attempting to thwart the law.

Utah law generally allows the open carry of firearms. In other words if someone wants to strap an unloaded pistol on each hip and walk around downtown Salt Lake City like Wyatt Earp, it is perfectly legal. A person openly carrying a weapon does not need to possess a concealed weapons permit.

Apparently there are officials at the university (including President Michael Young) who do not like the law as established by the Utah Legislature. So they set a policy that university police were to arrest anyone openly carrying a weapon on campus if the individual did not have a concealed weapons permit. If the person possessed a permit, police were told to instruct him or her to conceal the weapon.

As state employees, U of U officials do not have the right to supersede or circumvent state laws with which they might not agree. When it comes to gun rights, however, they seem to have a difficult time grasping this concept. They claim that they have the right to regulate weapons on campus, just as they do anything else that could threaten campus security.

And they are so certain about the strength and ultimate correctness of their position that they elected to keep it secret and to punish the policemen who made it public.

If this battle sounds familiar it could be because in years past the university tried to prohibit concealed weapons permit holders from legally carrying guns on campus. That ultimately led to the state legislature passing a law that prohibits universities from establishing policies that “in any way inhibits or restricts the possession or use of firearms.”

That language seems straightforward and unambiguous–enough that even a university official should be able to understand it. And apparently they did, which is why they tried to conceal their latest effort at an end run around the legislature.

Once the matter became public, school officials reversed their secret, illegal retribution. The two officers were reinstated and no disciplinary action is being pursued, according to the university. Instead of punishment, the two officers should receive commendations for their efforts at protecting basic freedoms.

If the legal carrying of weapons on campus truly represents a safety threat, university officials who object to the state law should be able to make a compelling case to the legislature. All they need to do is cite the rapes, robberies, assaults, etc., committed on campus by law-abiding gun owners. The problem is they can’t make that case because such incidents don’t exist.

Guns on campus are only a problem in the small mindedness of select university officials who can’t accept the fact that there are limits to their authoritarian ideals.

Given the repeated attempts to circumvent the law on this matter, it’s time that the legislature sends an even stronger message to U of U officials. Perhaps they could pass a secret law that requires university administrators to become members of the National Rifle Association and to spend several hours volunteering at a community gun range.

2 Responses to U officials involved in another gun battle